We are revising Restaurant Fame during January and February. For the time being, we serve with bookings for groups and events. The restaurant will reopen in February, we will announce the date soon!

We are revising Restaurant Fame

The selection of Esa-Pekka Salonen, 61, Grammy awarded and one of the most known conductor in the world today, to the Finnish Music Hall of Fame was announced on Tuesday (20 August) during the opening ceremony of the Finnish National Opera and Ballet 2019-2020 in Helsinki.

Having made his international breakthrough as a conductor in 1983, the Helsinki-born musical virtuoso has since served as chief conductor of the Swedish Radio Symphony Orchestra and the Los Angeles and London Philharmonic Orchestra. Also, Salonen, a distinguished composer, has the most recent fixation on starting his next five years as musical director of the San Francisco Symphony Orchestra.

Esa-Pekka Salonen’s exceptional strength in 40 years of music management is his ability to read scores in the composer’s eyes and to find new nuances in his interpretations time after time that suit that particular moment and mood.

Finnish opera lovers will have the pleasure to enjoy Salonen’s unique ability to conjure up music for an unprecedented experience, as the first part of Richard Wagner’s four-part Ring series will be premiered in August 30 at the National Opera. The new Finnish interpretation of the Niebelung ring, known as the milestone of the opera world, is handled by conductor Salonen along with director Anna Kelo, set designing, lighting and video designing by Mikki Kunttu and costume designer Erika Turunen.

Virtually Sibelius alongside with Salonen

Opening in October at the Tripla Shopping and Experience Center in Pasila, Helsinki, the Music Hall of Fame offers an opportunity to follow Salonen’s work as the Chief Conductor of the London Philharmonic Orchestra through virtual reality. The VR implementation takes the museum guests through a 360 camera in front of the conductor’s podium between Salonen and the orchestra to enjoy the final culmination of Jean Sibelius’s fifth symphony.

The museum project of Cultural History has received a grant from the Ministry of Education and Culture. The City of Helsinki also supports the museum project with a three-year development grant.

The great role played by the National Museum of Finland and the Helsinki City Museum in the project guarantees special expertise in the design and implementation of the content of the museum, as well as a large number of commercial partners.

The museum concept, which uniquely utilizes modern Finnish technology, is aimed for all foreign music lovers, as well as the entire nation. Fame’s main goal is to market the modern innovation ensemble as a Finnish export product.

The commercial partners of the Music Museum Fame offer their expertise in a variety of ways for the project. The latest to join the project are medias Clear Channel and Ilta-Sanomat as well as the HR partner Vertico, which provides most of the Museum’s human resources services. 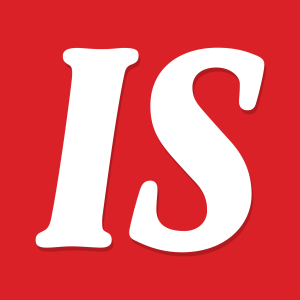